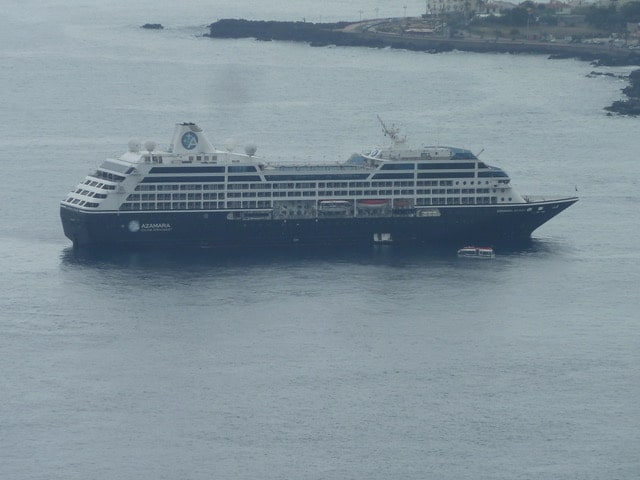 AIVP-MedCruise new joint Working Group (WG) focused on sustainable port-city relationships and cruise was launched on 27 October 2021 The kick-off meeting held online with the members of both organisations emphasise the importance of this initiative. The main goal of the WG is to reflect and share good practices that can facilitate a better and sustainable coexistence between port cities and cruises. The Working Group
is composed by twenty-five members of both Organisations: AdSP of the Eastern Ligurian Sea – Ports of La Spezia and Marina di Carrara,AdSP of the Ionian Sea – Port of Taranto,AdSP of the North Adriatic Sea – Ports of Venice and Chioggia,AdSP of the North Tyrrhenian Sea – Ports of Livorno, Piombino, Portoferraio,AdSP of the Western Ligurian Sea – Ports of Genoa and Savona,City of Montreal,City of Marseille,City of Durban – eThekwini Municipality,Costa Brava Cruise Ports,Empresa Portuaria of San Antonio,French Riviera Ports,Port Authority of Heraklion,Port Authority of Barcelona,Port Authority of Cartagena,Port Authority of Lisbon,Port Authority of Málaga,Port Authority of Tenerife,Ports of Azores,Port of Helsinki,Ports of Toulon-Var Provence,Port Saint John,Quebec Port Authority,SGPTV SA (Tangier City Port Management Company),Turkey Tourism Promotion and Development Agency (TGA),Var Provence Cruise Club. Additionally, the group also counts with the presence of observer members: Port of Halifax,Port of Buenos Aires,Ports de Lille,CNR, Condor Security,SystematicaMAP Architecture. During the kick-off meeting, the WG identified the main topics for the sustainable development of cruises and port cities: cruises acceptability-social integration, communication and engagement with stakeholders, environmental challenges, restart of cruises and post-COVID recovery and increase of the positive economic impact of cruise calls. The Cruises and Port Cities Working Group is an important step in the collaboration between both organizations. After signing an MoU in April 2021, AIVP and MedCruise have established a dialogue on key topics related to cruises and port cities. Both organizations are convinced that it is necessary to work together to find a balance between port activities, cruises, and the aspirations of citizens. The new Working Group will create a benchmark of current best practices developed all over the world that can contribute to improve the relationship between port cities, citizens, and sustainable cruises. The group will also identify current challenges and risks that can slow down the implementation of good practices. Other scope of the group will be to discuss sustainable approaches for tourism and cruise markets in port cities, and improve the dialogue with local governments, pressure groups, NGOs, national bodies, or other actors involved in the cruise-port city relationship. Source: Medcruise