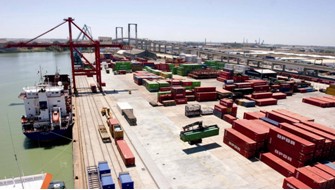 In the framework of the 34th RETE meeting, the president of the Seville Port Authority, Rafael Carmona, today advanced the main proposals for the new urban-port district – June 25, 2021 The president of the Seville Port Authority (APS), Rafael Carmona, today presented the proposals for the new urban port district that will transform a space 2.5 kilometers long and 300 meters wide located “from
bridge to bridge”, between the Bridge of Delights and the Centennial. “The new urban port district of Seville proposes an integrating, sustainable, innovative and structuring solution”, highlighted Carmona, who also added that “we want a livable, inclusive, connected district with its own identity”. This district, whose development will be approached in phases as the president has advanced, will provide the city with 150,000 square meters of new public spaces, will keep the Port in the heart of Seville and will have “an identity that reinforces our maritime character”. In this sense, Carmona has announced that the new cruise terminal will reuse the sheds of the Tablada Pier and “will fit into the urban centrality of this area, in an area very close to the historic center.” Also, it has highlighted the elements of the port heritage that will be part of the new district: ships, sheds and cranes. The latter “will be an emblem and will remain in the Muelle de Tablada.” With the urban port district, the Port Authority promotes the “creation of a new neighborhood, with a promenade along the river and 300,000 square meters dedicated to economic activities and 82,000 square meters of residential”, the president has transferred to the auditorium. “Thanks to it, we will recover the port heritage, improve habitability and promote an unprecedented offer in Andalusia of productive spaces”. Likewise, it will be a well-connected area, “an extension of the city”. There will be roads and new intersections, with productive spaces connected to the University Campus. In this district there will be room for all kinds of activities, such as culture, restaurants, industry, technology … and it will be sustainable (zero district) for which the placement of panels on the roofs of the ships is proposed. During his speech, Rafael Carmona said that this district is “a project for everyone and for everyone. We have organized workshops, meetings and debates to get the ideas of all those who are interested in contributing to the district ”. In addition, it has highlighted the collaboration between administrations, both with the Seville City Council, and with the Junta de Andalucía. “Through the Andalusian Institute of Historical Heritage we address the rehabilitation of protected warehouses for their heritage value, to adapt them to the new demands of current uses”, reported the president. This intervention took place within the framework of the 34th RETE meeting, the association for the collaboration of Ports and Cities. In addition to the president of the APS, the Minister of Development, Infrastructure and Land Management, Marifrán Carazo; the president of RETE, Teófila Martínez; and the deputy director of Planning and Infrastructures of State Ports, Manuel Arana. During her speech, the president of RETE, Teófila Martínez, thanked the Port of Seville for hosting and organizing the event and reminded that the objective of the association is to promote the harmonious relationship between ports and cities from the analysis and interpretation of the dynamics and phenomena that are manifested in their relationships, as well as exploring their horizons and drawing visions and strategies that contribute to building their future. “Throughout history, port cities have become essential nodes in the configuration and evolution of the economic, social, cultural and political map of peoples and civilizations,” explained the president of RETE, for whom the integration of ports in their territorial, economic, social, cultural and environmental environment is essential for the prosperity and improvement of the quality of life of port cities. Currently, RETE has 57 partners from six countries, where ports, cities and professionals and companies from the urban and port sector are represented. During the last 20 years, RETE has woven a global network of knowledge at the service of the port city and fed by the collaborative sum of talent, experience and ideas of its partners and collaborators, with a scientific committee made up of experts, two publications of recognized prestige (Portus and Portus Plus), promoting initiatives destined to favor fluid, balanced, responsible and trustworthy relations between ports and cities. Source: Autoridad Portuaria de Sevilla (APS – Port Authority of Seville)