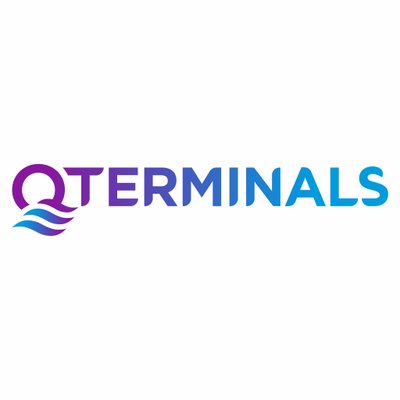 Kiev, Ukraine, (PortSEurope) December 1, 2021 – President of Ukraine Volodymyr Zelenskyy has met with the management of leading international companies, all members of the American Chamber of Commerce in Ukraine. The guests included Neville Robert Stansfield Bissett, Chief Executive Officer of Qterminals, a company which has recently acquired the concession for the Ukrainian port of Olvia. “We are waiting for the expansion of our
business in Ukraine. We feel a huge potential and are happy to work here. For us, predictability is important, a certain visibility of how we work,” he said. PortSEurope: Ukraine and Qatar proceed with Olvia seaport concession The government published the below article on the president’s meeting: President of Ukraine Volodymyr Zelenskyy met with the management of large international companies, which are one of the largest investors in the economy of our country, and Ukrainian companies that have been able to build business at the international level. The Head of State noted that he was very pleased to have the opportunity to hold the meeting. “I want to thank you for your work in Ukraine, for the jobs created and taxes paid, as well as for the fact that you are always active in providing proposals for further improvement of the business climate in the country,” said the President. Volodymyr Zelenskyy stressed that a very important process of de-oligarchization has been launched in Ukraine, the aim of which is to ensure the real transformation of the state in the interests of the whole society and the implementation of the country’s strategic course towards European and Euro-Atlantic integration. The President noted that the fundamental judicial reform was unblocked in Ukraine after the laws on the reboot of the High Council of Justice and resuming the work of the High Qualification Commission of Judges were approved, and the authorities initiated the reform of the prosecutor’s office according to the best international standards. Volodymyr Zelenskyy reminded that in order to stimulate the development of the digital state, the legal regime “Diia City” will be introduced, favorable conditions are created for conducting innovative business in Ukraine, building digital infrastructure. The President of the American Chamber of Commerce Andy Hunder stressed that trust is key for the companies – members of the association, and this meeting with the President of Ukraine is a sign of such trust, which is being built at the highest level. He recalled that companies – members of the American Chamber of Commerce have invested in Ukraine more than 50 billion US dollars – and continue to do so – and created more than 400 thousand jobs. According to Andy Hunder, security, rule of law, judicial reform, macroeconomic stability, fair and predictable tax policy, fight against the shadow economy, digitization, protection of investments and property rights, equal rules of the game without preferences and transparent privatization are key for these companies. Chair of the Board of Directors of the American Chamber of Commerce, Founding Partner and CEO of Horizon Capital Lenna Koszarny said that the main vision of the business association is to help make Ukraine attractive for investment, innovation and job creation. McDonald’s CEO in Ukraine Yuliya Badritdinova stressed that our country is one of the most attractive potential markets for development in Europe for the company. “McDonald’s believes in changes, is ready to invest and believes in Ukraine’s investment attractiveness,” she said. Source: Government of Ukraine Copyright (C) PortSEurope. All Rights Reserved. 2021.