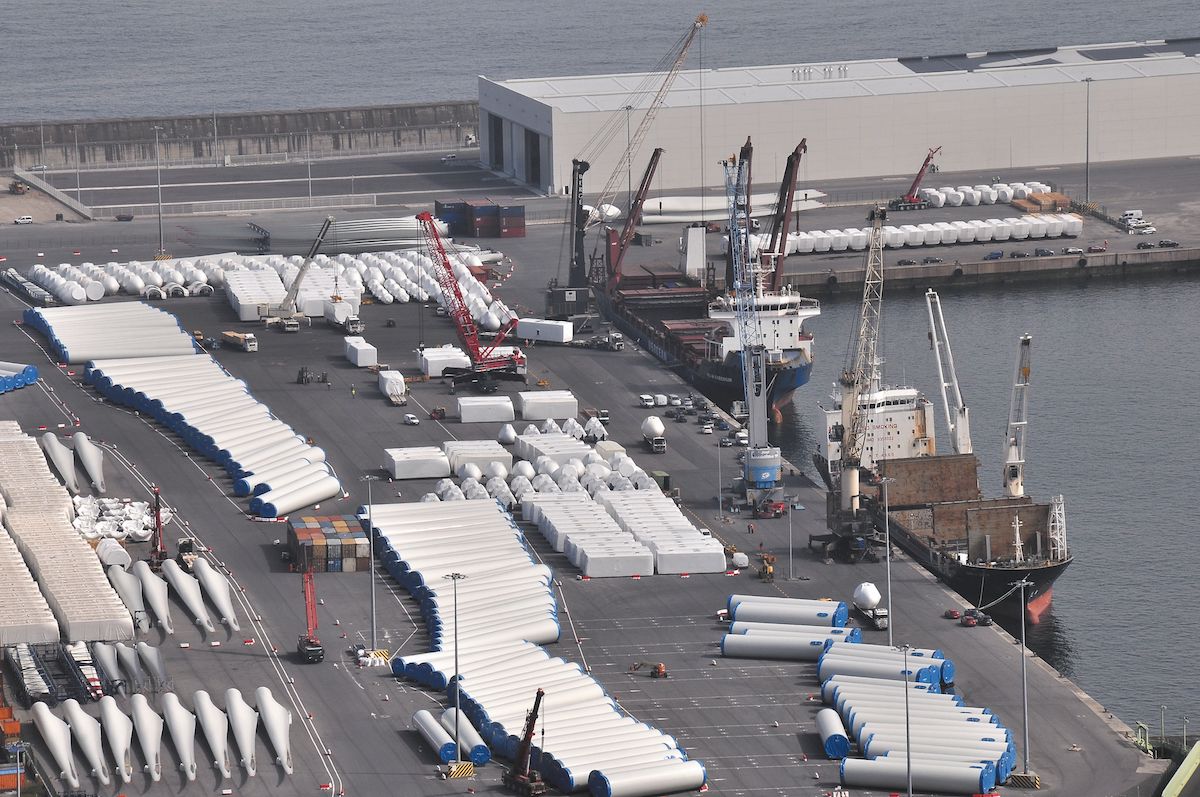 Various port stakeholders and logistics services have detailed the measures they have taken to address Brexit in a seminar on short sea shipping – December 16, 2020 “The Port of Bilbao is ready for Brexit, regardless of the nature of the agreement reached between the European Union and the United Kingdom and of whether an amicable settlement can be reached or if there is no
deal”. This is the main conclusion to be drawn from the seminar held today in the port on the changes impacting its operations and processes in the face of new environmental and technological challenges, with particular reference to Brexit. The seminar, organised by the Port Authority of Bilbao and the Spanish Association for the Promotion of Short Sea Shipping (SSS), was both streamed online and attended by a live audience mostly consisting of representatives from shipping companies, logistics operators, terminal operators, freight forwarders, customs agents, exporters and port and logistics services. In the course of the seminar, topics such as SSS and its development over time, the vision of the Port of Bilbao in terms of the role of SSS in making transport more sustainable, reducing the carbon footprint, and the changes brought about by Brexit and which affect the Border Control Post and the e-commerce platform and operations, especially with regard to cargo and/or passenger ferries, were discussed. In his speech, the President of the Port Authority, Ricardo Barkala, pointed out that Bilbao is a port that specialises in short sea shipping, with shipping companies that have been providing services to Northern Europe and the British Isles for over a hundred years. Mr. Barkala regretted that, despite the year-long extension period provided, no agreement has yet been reached between the EU and the United Kingdom, a situation “which creates uncertainty and nervousness in all logistics operators and export companies themselves”. Despite this, his message was one of confidence, stressing that “whatever the agreement, we’ve done our homework. Thanks to the coordination and efforts made by all the players in the port logistics sector, we’re ready for any scenario”. The President emphasised that the Port of Bilbao is equipped with all the necessary infra- and infostructure to enable it to further develop its competitiveness in short sea shipping, and specifically with the United Kingdom, taking advantage of the opportunities which may arise from re-routing caused by possible congestion in the English Channel and/or the ineffectiveness of land transport. The leading port with the UK and a contingency plan Bilbao is the leading port in the Spanish port system, with a 27% share of Spain’s maritime trade with the United Kingdom. The next port in the ranking has a 10% share. In the specific case of general cargo, one out of every three goods traded by sea between Spain and the United Kingdom leaves or enters through the Port of Bilbao. It is, therefore, clearly reasonable to say that Bilbao is the port of connection with the UK. Freight transport with the United Kingdom accounts for 10% of total traffic and 25% of container traffic in the Port of Bilbao, thereby representing its main market. To meet this demand, the Port of Bilbao offers 11 regular services a week with the UK and connections with 47 British ports. Furthermore, and in relation to passenger traffic between the two countries, 118,000 UK passengers passed through the Port of Bilbao, either in a ferry or a cruise ship, in 2019. On the other hand, the Port of Bilbao also offers facilities and services for operations with third countries, with expertise in processing and the operations involved in this type of traffic, which represents 67% of total traffic and forms part of the port’s day-to-day activity. With the United Kingdom outside the EU, traffic with third countries will rise to 77%. The Port Authority has coordinated various working groups with the players involved in traffic with the UK to draw up a contingency plan such that, even in the event of a no-deal Brexit, operations through the Port continue to run as smoothly and competitively as always. For this to be so, the different operations in container traffic, conventional cargo, bulk solids and ro-ro have all been analysed, with particular attention paid to road traffic, and a series of measures have been taken, including: a review of customs procedures and the commissioning of new services on the e-platform;an extension of the ferry terminal and an overhaul of operational flows;adjustments to traffic in the port area;setting up incentive parking (park-and-ride) and pre-checking controls;adjusting the timetables of government agencies to those of vessels;new HR provisions in government agencies and in the Port Authority itself: anda campaign of awareness-raising throughout the logistics chain. Source: Autoridad Portuaria de Bilbao (APB – Port Authority of Bilbao)