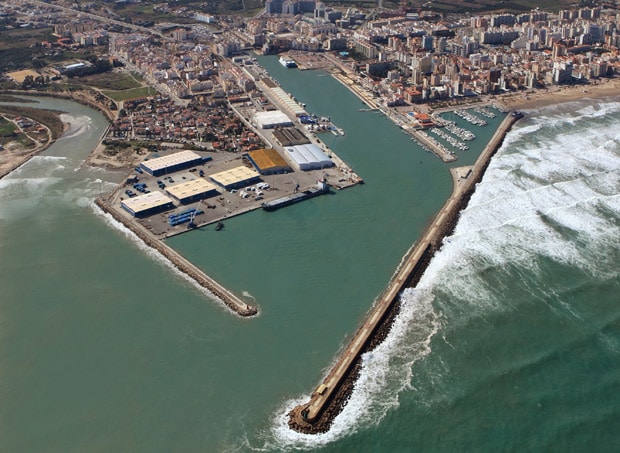 A more sustainable and decarbonised port, a more innovative port that attracts talent and generates disruptive projects, a benchmark port in alternative energies, a digitalised and safe port, a port that promotes new spaces for its neighbours or a port that creates synergies with the railway – December 30, 2021 These are some of the strategic objectives of the Port Authority of Valencia (PAV) to
turn the València, Sagunto and Gandia port areas into benchmark infrastructures that combine sustainability and economic growth at the service of the business fabric and society. To this end, Valenciaport is going to invest a total of 1,098 million euros in the 2021-2025 Business Plan, spending by and for the people at the centre of its actions. An investment that aims to make the port facilities more competitive, efficient, effective and intelligent under the common umbrella of the port community of linking all initiatives to the environment and the fight against climate change, strengthening the city-port relationship and generating wealth and employment in its area of influence. The PAV Investment Plan, validated by the Ministry of Transport, Mobility and Urban Agenda through Puertos del Estado, will undertake projects to consolidate Valenciaport as a strategic hub in the Mediterranean, through which 41% of goods enter and leave Spain by sea, and which will close the 2021 financial year with an increase in total and container traffic, in a sector, maritime transport, which will continue to grow in the coming years. The APV’s proposal supports the continued modernisation and growth of port facilities to meet the needs of import/export companies. At the same time, it makes a clear commitment to alternative energies to which it will allocate more than 60 million euros for projects such as the electrical substation of the Port of València, the location of photovoltaic plants in Valencia or Gandia, the installation of wind energy, the electrical connection of the Port of Sagunto or energy efficiency actions. In addition, the PAV is going to reinforce the city-port relationship to promote the connection with its neighbours and tourists visiting the Valencian Community. Among other actions, it is going to allocate more than 65 million to initiatives such as the multiple services building and the plans in the Nazaret area, the recovery of the RoyalStair in the Port of València, the ideas competition for the areas for the revitalisation and citizen use of the Port of Gandia, the development of the northern area and the adaptation of the jetty in the Port of Sagunto. Port of València Thus, among the main investments in the Port of València, the 2021-2025 Business Plan foresees 397 million euros for the dredging and North Container Terminal to be located in the inland waters of the breakwater of the northern extension. An infrastructure that makes the growth of economic activity and the generation of qualified employment compatible with sustainability, as it will be the most eco-efficient terminal with a clear commitment to electrification, renewable energies and rail access. The proposal also contemplates 27.4 million euros for the refurbishment of the plot and rehabilitation of the old shipyard, adaptation of the berths of breakwater Turia and Grada y Fondo docks, as well as other facilities for international traffic of the new Public Passenger Terminal. The Plan foresees 25.1 million euros for the refurbishment of the South Quay, phase 1 for the generation and adaptation of new surfaces and berths. In terms of railway accessibility, 44.4 million euros will be allocated for the remodelling of the road and railway network between the Poniente and Costa docks; 12.6 million euros for the supply of track equipment, remodelling of the railway network between the Poniente and Levante docks, adaptation and electrification of the northern railway network and; 39.9 million euros for road and railway networks linked to the terminal and northern access. In port-city actions, 54.6 million euros will be invested in the multiple services building in front of Nazaret, the recovery of the RoyalStair, the urban development of the area next to Nazaret and compensatory actions for the road and railway accessibility works. Sagunto Port About the Port of Sagunto, the PAV’s Plan establishes among the most outstanding actions the refurbishment works of the Center dock 2 with 7.5 million euros or the north dock with 12 million euros. In terms of accessibility, it is worth mentioning the inner railway network with 14.6 million euros or the new southern access with 9.2 million euros. In the integration of the city with the port area, 5.7 million euros have been earmarked for the development for public use of the northern area and 2.8 million for the adaptation of the jetty. In addition, other actions such as the improvements to the Sagunto-Teruel-Zaragoza line, the railway access to the Sagunto area or the construction of the railway yard must also be included. Port of Gandia The 2021-2025 Business Plan includes, among the main investments for the Port of Gandia, a total of 14.5 million euros for the works of shelter, enclosure and berthing of the Serpis 2 quay, while 2.8 million euros are foreseen for the dredging of the entrance channel to the port, 1.7 million euros for the office and services building or 1.3 million euros for the reorganisation of the commercial spaces of the old access. It also includes 2 million euros for the actions linked to the ideas competition for the areas for citizen use in the Port of Gandia. Source: Autoridad Portuaria de València (APV – Valenciaport, Port Authority of Valencia)