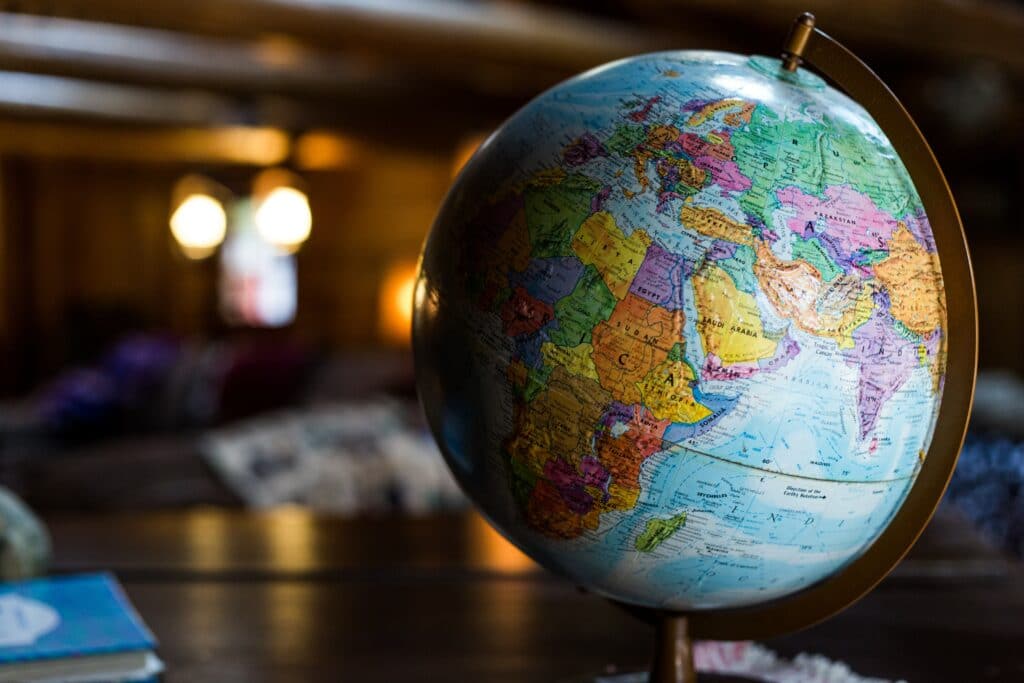 Moscow, Russia (PortSEurope) January 23, 2023 – The International North-South Transport Corridor (INSTC) is critical to Moscow’s plans to redirect its cargo export and import from the north-west to the south-west of the country. But how realistic is the plan to use INSTC to bypass western sanctions?

“Currently, the capacity of the International North-South Transport Corridor (INSTC) is small, about 5 million tonnes of cargo per year. According to various calculations, a tenfold or more increase is expected by 2030,” said Vladimir Ivin, Deputy Head of the Federal Customs Service of Russia. “It is expected that these 50 and more million tonnes will be approximately equally distributed through the three branches of the INSTC”, he added.

The INSTC is a 7,200 km long multimodal route that connects St. Petersburg with the ports of Iran and India. It is an alternative to the sea route connecting Europe, the countries of the Persian Gulf and the Indian Ocean through the Suez Canal. The western and eastern branches of the INSTC pass through Iran.

According to Russian officials, By 2030, the volume of Russian cargo along the North-South corridor is expected to reach 32 million tonnes. But this sounds like wishful thinking considering the outdated roads, railways, ports infrastructure not only in Russia but also in Central Asia and Iran.

According to Ivin, all three directions of the INSTC develop differently.

“The eastern one has already started working, it is based on the railway that runs through Iran, Turkmenistan and Kazakhstan,” Ivin said. “Russian Railways reported that it is already ready to transport 5 million tonnes and transports as much cargo as it is supplied with no problems, so far on an irregular basis”.

“The western branch is more complicated – it is necessary to complete the construction of the railway in Iran to connect with the railway network of Azerbaijan. So far, small volumes of goods are transported here by road. The plan is also 15 million tons.

As for the offshore (Caspian Sea) route, this is the most preferable route, since it excludes additional transit countries and, therefore, reduces risks, but so far this direction is underdeveloped due to logistical and infrastructural restrictions”.

“In all these ports, our customs posts are working, ready for an increase in cargo traffic, but so far the volumes here are small,” Ivin said. “The government has planned additional measures to develop this area, implying an integrated approach that takes into account the shortage of the fleet, port infrastructure problems, the need for dredging, as well as the issue of balancing port dues and freight”.

The main problems of North-South Corridor, apart from underdeveloped transport infrastructure, are shortage of suitable ships and ferries in the Caspian, not enough railway cars, complicated documentation handling in both Central Asia and Iran (also under western sanctions), banking fees and payments between cargo providers and shippers.

Landlocked Central Asian states (former Soviet republics) Kyrgyzstan and Uzbekistan are also keen to use the INSTC. Belarus, also under sanctions, is also trying to use Russia’s Caspian ports for its export.

More PortSEurope articles about Moscow’s efforts to develop the INSTC 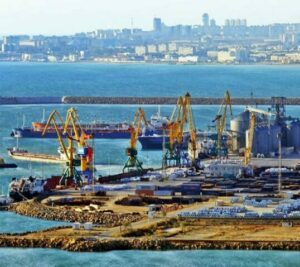 Astana, Kazakhstan (PortSEurope) February 6, 2023 – The Concept for the Development of the Transport and Logistics Potential of Kazakhstan has been approved...
5 hours ago 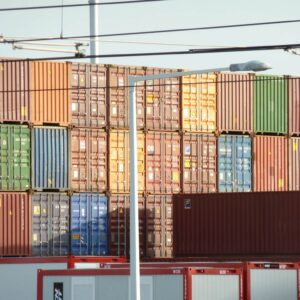 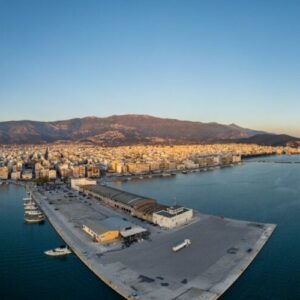 Volos, Greece (PortSEurope) February 3, 2023 – Eight parties have declared an interest in acquiring a 67% stake in Volos Port Authority SA (VPA). The...
2 days ago 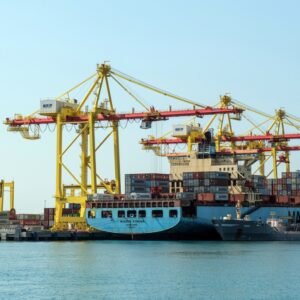 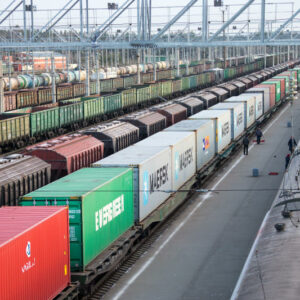 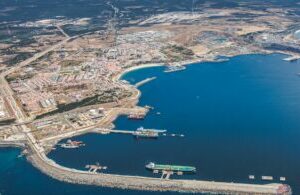 Sines, Portugal (PortSEurope) February 3, 2023 – On February 1, the Port of Sines welcomed a diplomatic delegation from Latin American Embassies in...
3 days ago

Bilbao, Spain (PortSEurope) February 3, 2023 – Ellerman City Liners will launch, in mid-February, a weekly direct service between the Port of Bilbao and...
3 days ago 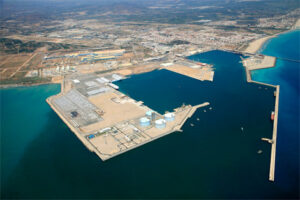 València, Spain (PortSEurope) February 3, 2023 – The port of Sagunto ended 2022 with a positive evolution of its merchandise traffic, including a...
3 days ago 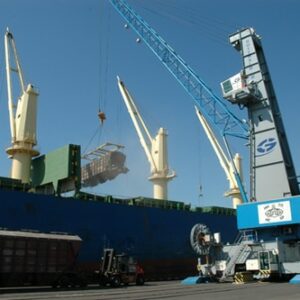 New container terminal to be built in Novorossiysk 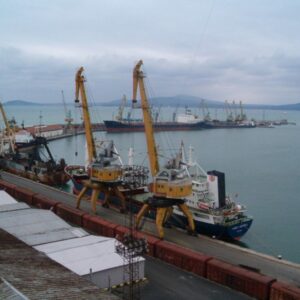 Railway connection of Burgas port to be rebuilt 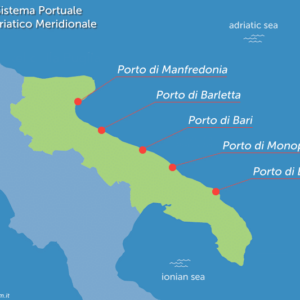 Bari, Italy (PortSEurope) February 3, 2023 – The Port of Bari has awarded the tender for a new passenger terminal to “Consorzio fra Cooperative di...
3 days ago 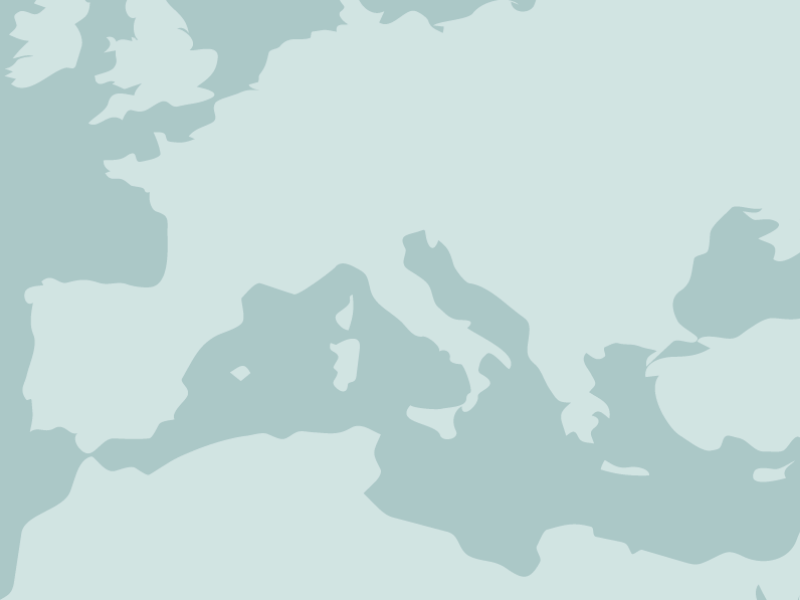